Cerberus X was born out of Monkey X after its Open Source release in 2017 and has been substantially updated and enhanced ever since with the help of a great community. The development team consists of three nice guys discussing, coordinating and implementing ideas and suggestions to make Cerberus X a well rounded package, commited to keep Cerberus X running and evolving!

So who are the people behind Cerberus X? 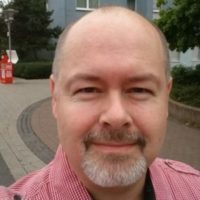 Michael has been part of the team since the first day and is well experienced in developing frameworks, libraries and other useful stuff. He loves to create things that help indie developers to build their dream games. He did this for 3d GameStudio, Ibasic Pro, thinBasic, Corona, Gideros Mobile and also for Monkey X/Cerberus X. He had created and designed the initial website, runs the forum and the GitHub repository. He has taking care of the social media aspects of Cerberus X and has been working on multiple parts of the tool itself. 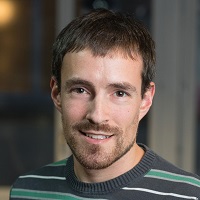 Olivier switched to Cerberus X after years of programming in BlitzBasic and BlitzMax. Being a mechanical engineer for profession, the passion of creating games had to be persued only in his spare time. That’s why he chose simplicity over complexity and decided to go with Cerberus X for mobile game development, releasing four games in 2018 alone. His main contributions to CX so far are the overhaul of its documentation and Makedocs, the tool used to transform Cerberus documentation into html help files. Also, he likes to rant about comments from Mark Sibly found in Monkey X source codes. 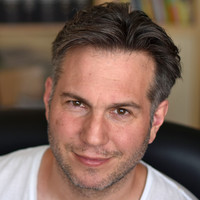 Philipp had a PureBasic/VisualBasic background, when he started looking for an option to develop learning apps and games for multiple platforms. One tool beat the competitors both in performance and the range of compatible devices, so he decided to go that route and stick with Cerberus X until now. Due to his general interest in how things work, he got into the ins and outs of Cerberus X and created some prototypes of tools to simplify configuration and deployment. Now he is working on a partial rewrite of the documentation to provide an easy access to Cerberus X knowledge, especially for beginners. 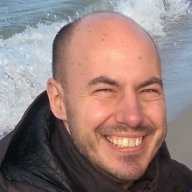 Martin started Cerberus X together with Michael Hartlef to keep the Monkey X idea alive. After the rebranding he contributed several enhancements like switching the Andoid build system to Gradle, Mousewheel support for the GLFW Target, fixing Mojo2 on OSX, enabling HTTPS support with Curl. Furthermore he had been sponsoring the costs for the forum software and the server fees until Michael stepped up to the plate.

The following members of our community have actively contributed code to Cerberus X:

If you feel, that your name is missing, please let us know!