Hi, so I'm part of a national film festival for speech therapists in my hometown and I made an app meant to access the daily program. When you touch the name of any film you get a picture and an abstract, and that's it but it might prove useful
Made with CX + FantomCX 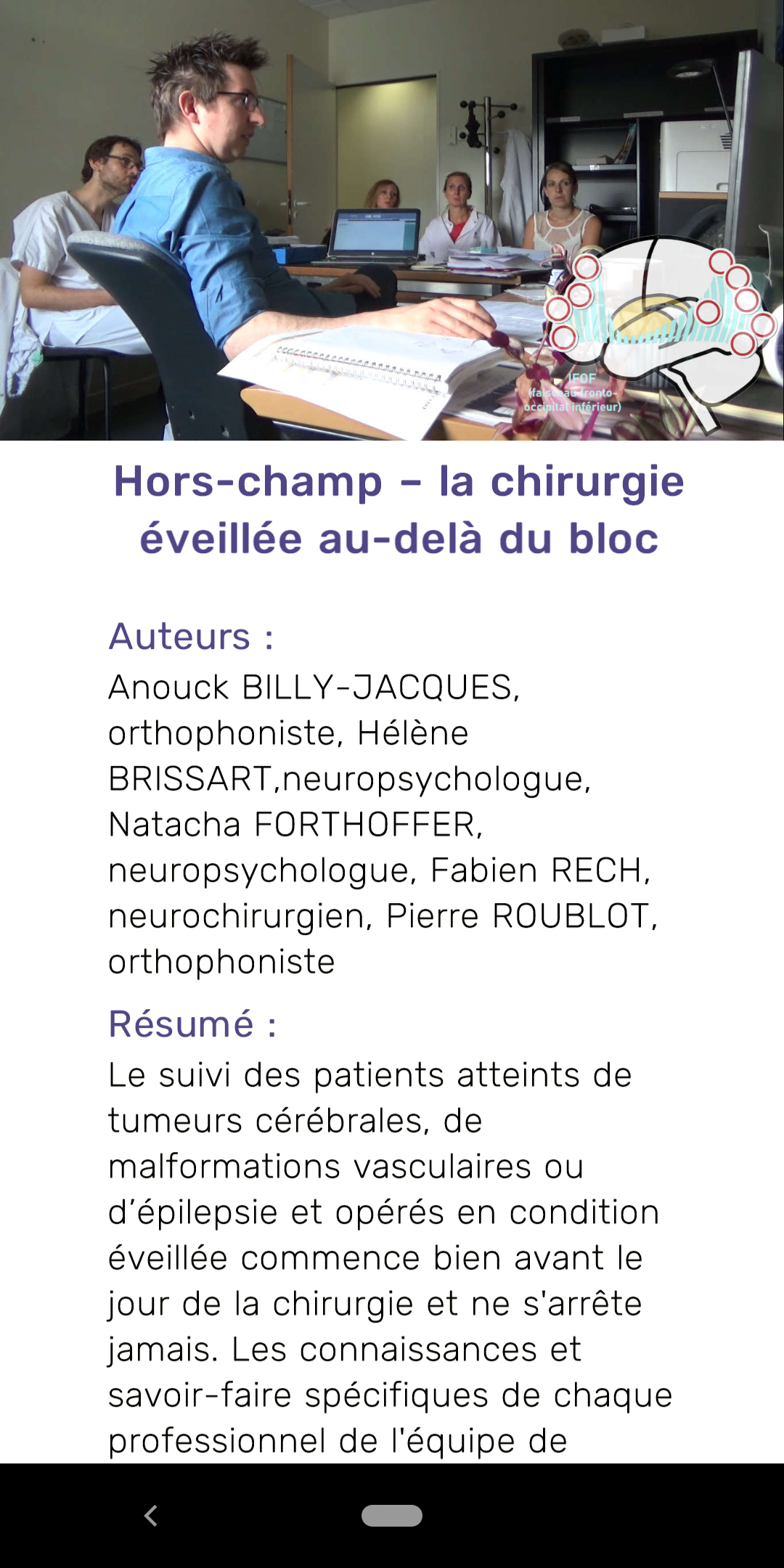 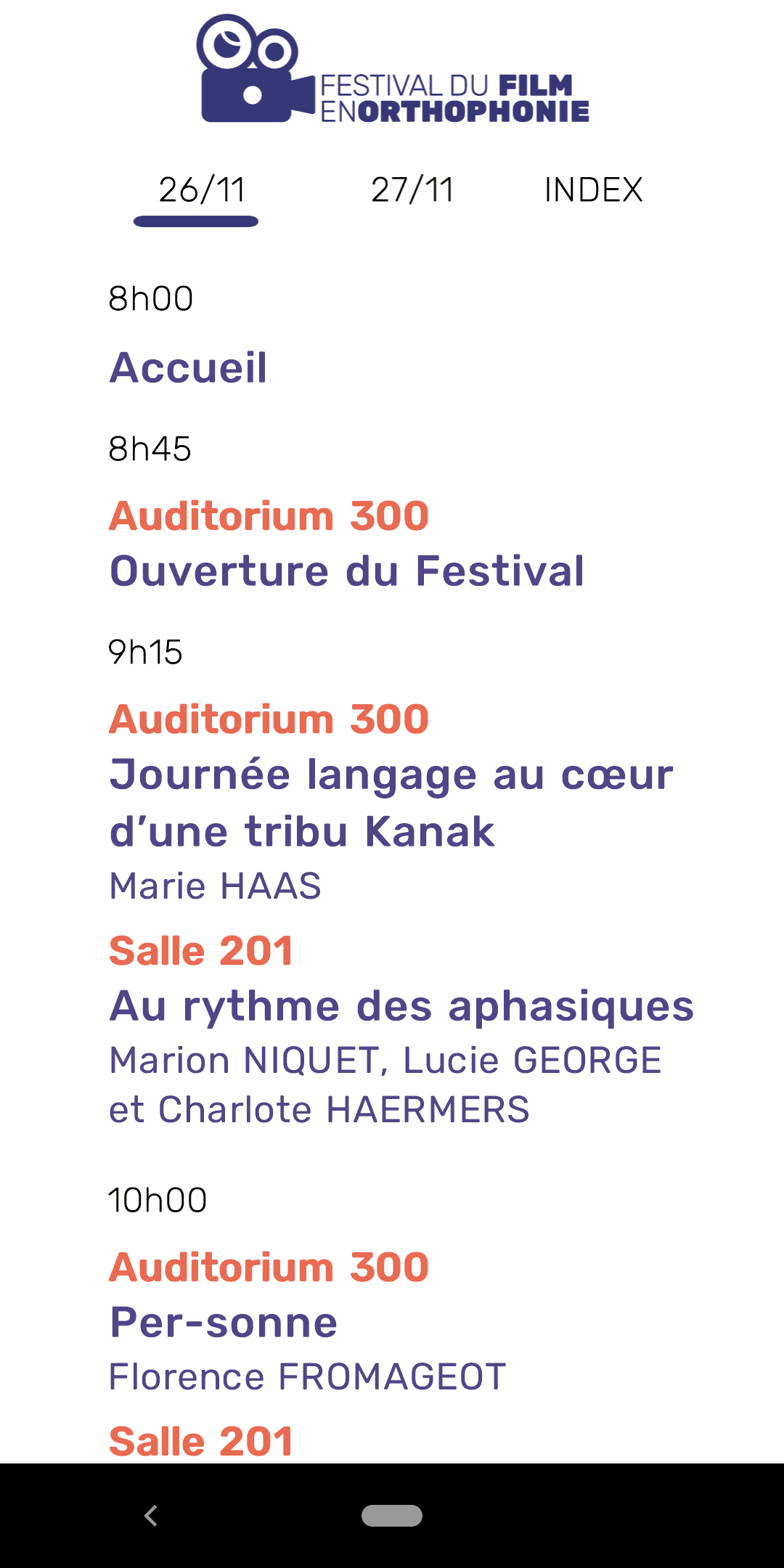 Good job. Hope you get good money out of it.

Thanks, like most of my work I made it for free

Amazing work, I've followed some of your work that focus on disabilites, and it's a thrill to see how "small things" can make a huge impact!

Thanks being able to build such things so quickly and most of the time easily with Cerberus X is what is really amazing to me.
The left screenshot is about the movie I made for the festival.

Sometimes even smaller things are the ones that are relevant. I once made an app (once again using CX) for a patient who wasn't able to speak anymore but could point at letters and it turned out he liked his A4 alphabet sheet better so back to the alphabet on paper, no problem for me. Same with another patient who could draw letters one by one on a tablet so I made an app which concatenated (?) the letters she wrote as sentences so that her husband could read what she wanted to say, but in her daily life she prefered to nod at letters pronounced by the people who were with her to spell words rather than using the tablet, in fact most of my apps turn out to be failures, but not all of them and not all the time.

This time, I suspect people will prefer a simple PDF on their phone rather than my app but we'll see.
Last edited: Sep 24, 2021

Great work!
Most apps made with game engines tend to look like games or in some way visually unprofessional. Yours on the other hand really looks like printwork for academic stuff.

Hey thanks! We did hire a professional designer to draw the logo and things like that so I could use that logo and the fonts he used in the PDF version of the program. There are some rules to design and text layout most of us don't know indeed, the layout I did on my own didn't look like that.

Glad to see my first iOS build ever just... worked! Mega thanks to the CX team!

So it seems to be mostly working on most phones
On Google Play Store the App can be found here : https://play.google.com/store/apps/details?id=fr.siliceetsynapses.festival
And it has been approved on the App Store too, if you type the keywords "Festival 2021" or "Festival du Film en Orthophonie" you will find it (i don't know if there is a way to share a link to an iOS app? I guess so but I don't know how)
FYI I compiled the iOS version on a friend's M1 Mac and it worked fine (my only regret is that Mollusk IDE is not compatible)

This is great! BTW You can find it on AppStore with this link.
What I noticed is, that the swipe does only scroll when you stop touching the screen. Is this due to your open_link issue?

We don't have an app on AppStore so it is hard for us to provide help with this process. Could you write down in short, what steps you had to take and what were the things you struggled with? Nothing elaborated, just what comes to your mind. That would be very helpful!

Thanks Phil. You're right about the swipe, I can't tell from the top of my head if it has something to do with a turnaround I used or not, primarily because I didn't notice that or didn't find it annoying. Does it feel weird?
Putting the app on the App Store was easy as long as I was able to use an up-to-date version of XCode.
I don't have time for this this morning but I will try to do it today while I can remember the steps but once I've been able to put my hands on the right machine it was easy.

And thanks for the link!

Pierrou said:
Does it feel weird?
Click to expand...

If there wasn't swipe scrolling everywhere, it would be nothing to mention, but as most people are used to a certain behaviour and touch-feedback, it feels a bit unnatural.

Nobody among the (very few) testers mentioned that until today (2 people including you noticed it) but it's 100% right. In fact the text is starting to scroll once fantomCX's OnSwipeDone method is called so the scrolling begins when the swipe is over, there must be a better and probably simpler way to scroll the text as it does in the other apps.

I have many things to do including doing some extra at the hospital today and I don't have the machine I've used to send the app to the App Store but I'll try to list the steps some time later as it turned out to be quite quick and simple once you've figured everything out.
EDIT : I need to update the app so when I can go work on my friend's Mac and do it I'll take some notes and post them here.
Last edited: Nov 13, 2021

Wow, didn't know about those !

I just saw that they are not in the help file. Sorry.

Ok, not only the help file but the methods themselves. I have updated the GH repository. Sorry for the confusion. I thought GH was uptodate.