Well, after having a mental breakdown or two, I finally started creating new levels for my beloved game: Where's my Egg!?

The game was published years ago on several platforms (android, IOS and OUYA), but had one main problem... level design. The levels where hard! Very hard! I managed to install an old APK on my Nvidia Shield Android TV device and started playing with a Playstation controller, but was unable to complete level 7... a level I designed myself. Problem was that I was kind of creating the levels backwards. By doing this I was able to create the problem first and then incorporate the solution in the beginning of the level. Problem was that if you forgot or didn't notice the solution, you could never finish the level. This was on purpose, so you had to play the level multiple times (like in the good old days) to get it finished... but it was all too hard.

For now I wil first create several levels with one small problem/solution at a time. Slowly progressing on the difficulty, and probably have three degrees of difficulty... placing my old levels in the HARD group.

The game itself won't change much. Maybe I redo some graphics and sounds. Already the fall speed of the main sprite is decreased to give it a bit more choice of going left or right when falling down. Still love the sound of the egg rolling on hard soil though. It is actually the sound I recorded on my dinnertable, rolling an egg and using an old amiga microphone to record the sound. 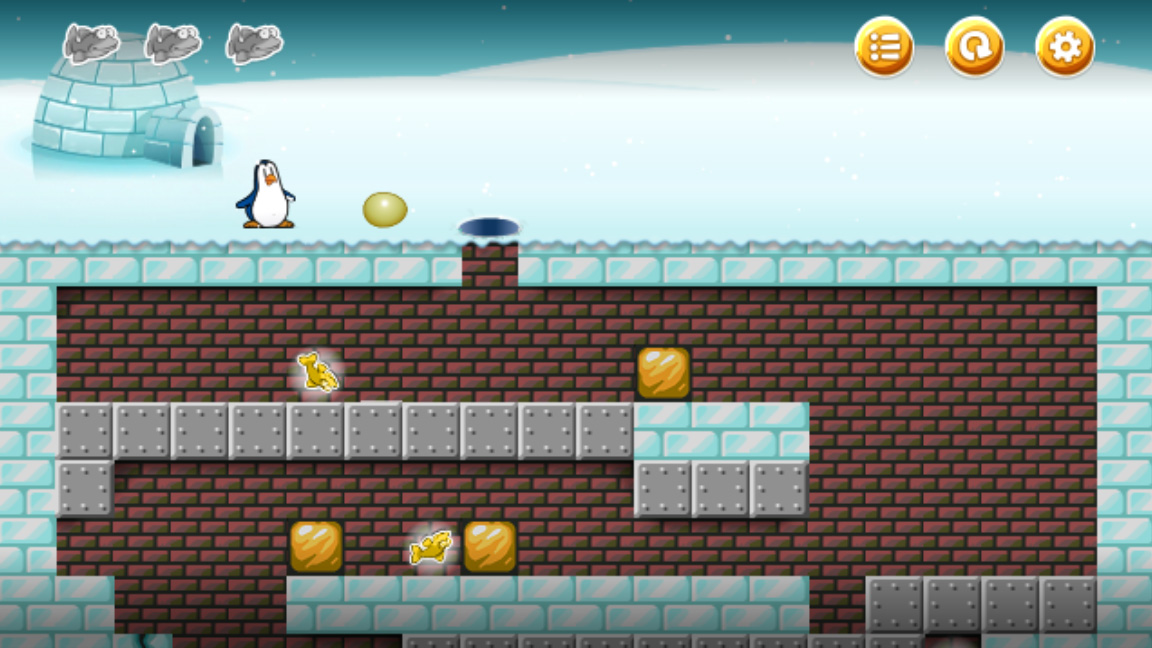 It is always good to come back to an old project and work on it from a different perspective.

Do you plan on releasing it on Steam?

MikeHart said:
It is always good to come back to an old project and work on it from a different perspective.

Do you plan on releasing it on Steam?
Click to expand...

Don't know .. I thought about it. It definitely plays better with a gamepad or joystick. Is releasing on Steam easy? Does it need some special libs? Can't be much more troublesome than releasing on IOS. Never going to do that again..

If you don't want to add some of their Steam features, then no. I think you need to add anything.

Snader said:
Can't be much more troublesome than releasing on IOS. Never going to do that again..
Click to expand...

Was CX the reason why it was so difficult?

MikeHart said:
If you don't want to add some of their Steam features, then no. I think you need to add anything.

Was CX the reason why it was so difficult?
Click to expand...

It was still Monkey-x with mojo 1 at that time.. That always worked fine and the people at the forums where always of great help.

I had a 'virtual mac' to deploy. That worked fine, a bit slow, but the hassle I had to get trough of for instance uploading the correct icons (Apple: your icon is not 16x16px. Me: it is, I do webgraphics on a daily basis; Apple: it isn't... and then suddenly it did work, never understood that).. but then again, it is at least 5 years ago I tried that. Maybe everything is better now. Since then all my apps were pulled of Google Play also, due to new regulations and demands.

Next thing to do: add some UI stuff to show what button someone should press on a gamepad. I guess I have to make an option in the menu to choose what kind of gamepad someone has to be able to show the correct button icons.

And then.. completely redo all the levels and make the game a lot easier to play. I can't get passed level 8 myself at the moment... 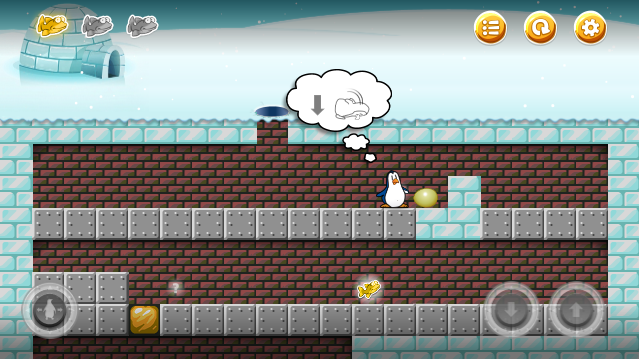 I am still in love with that art style.

Heh, that's "Penguin's Egg", right? I always wanted to make a new version of it for PCs

SLotman said:
Heh, that's "Penguin's Egg", right? I always wanted to make a new version of it for PCs
Click to expand...